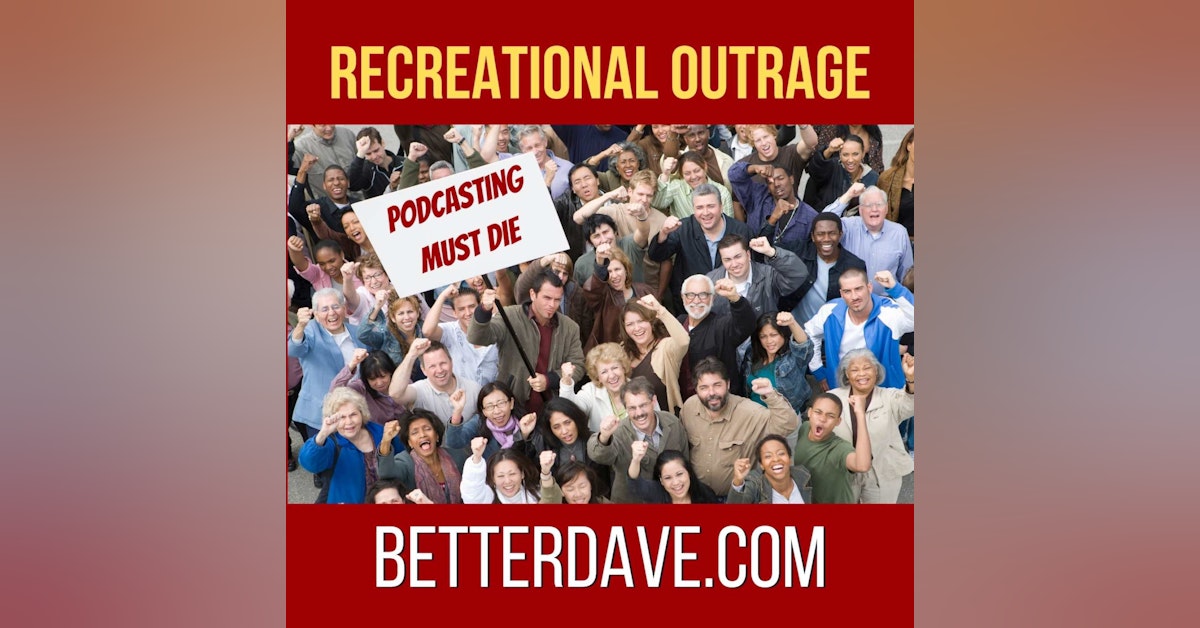 It's hard to watch a friend get canceled. My friend Daniel is a devout Christian. Currently, there is the worry that Roe Vs Wade will be overturned and abortion will be illegal.  Daniel left a comment on a tweet that was pro-choice. "“Stopping...

It's hard to watch a friend get canceled. My friend Daniel is a devout Christian.

Currently, there is the worry that Roe Vs Wade will be overturned and abortion will be illegal.

Daniel left a comment on a tweet that was pro-choice. "“Stopping the mass murder of blacks and women, along with all the other babies, will be wonderful for the USA. How anyone could be so barbaric to endorse the murder of nearly 1 million babies every year is unbelievable." (He later deleted this tweet)

Daniel at the time was a Governor for the Podcast Academy. The TPA has a Diversity, Equity, and Inclusion declaration on their site that reads,

We celebrate and support the industry of audio storytelling and fight to uplift and center the diverse communities of people doing this work.

We encourage our members to hold us accountable, but we also realize that it is not the responsibility of marginalized communities to do this work for us. For these reasons, we invest funds into external, BIPOC+ led resources to help us continue in this work.

This policy is a living document that grows as we do, and we look forward to continuing to evolve through our ongoing education, outreach, and efforts for mutual understanding.

After his comments went viral people started a petition to get him removed. They called him a racist, homophobic, and a misogynist.

Another fact, the Podcast Academy is 69% female.

Daniel was asked to resign, and when he declined he was fired.

Mike Tyson said everyone has a plan until you get punched in the face. I think everyone has their views on abortion until they find out they are pregnant. I don't have a vagina, so I keep out of that conversation.

In the book, “Uncomfortable conversation with a black man” the author says to white people, I imagine some of you are thinking if black people can't decide which term to use, then how and why should white people be expected to know which term to use? Point taken? To the extent I can speak for anyone else, black is the most inclusive choice. There's no one label that will satisfy all.

I sued Google and found many websites stating THIS is the term that white people should use. They were all different.

Some wrong words are obvious (the N word) and others have white people asking, "Can I say this?" When I hear that people are saying he should stop breathing because he didn't put a capital on the "B" in blacks, it feels a bit extreme.

I asked this question in a group, and the group could not give me an agreed-upon answer. SO know that white people are trying, but it's confusing.

You don't learn when you talk, you learn when you listen. It's hard when we get upset. When we don't feel heard our voices get loud. That is being human, but you have to realize that we were all raised in our own bubbles of culture and are probably missing pieces when it comes to understanding others.

The internet can bring us all together to learn from each other if we are willing students with open minds.

There will be times when we agree to disagree. I am driving to PA next week to see a friend of mine who is an atheist. I am not. We talk about everything and anything - except religion. He's not changing my mind, and I'm not changing his. If we have questions we know where to go.

At a podcast event, there were two left-leaning, two right-leaning, and one LGBQT+ person and we all listened and talk about our experiences. This was the first time I realized what I learned in school is not accurate. Daniel was nothing but respectful. This was such a cool conversation that I remember it, and so does David Hooper (one of the guys at the table). It was like, "Hey remember when people could have a dialogue?"

A Better Use of Your Time?

Instead of digging through years of old tweets, right not reach out and ask to have a conversation. Steven Covey in the book the 7 Habits of Effective people says we should "understand before being understood."

In 2001 I pre-judged John Mayer as "another pretty-boy singer-songwriter who is going to make the girls scream."

I would overlook him year after year. 14 years later a friend told me I should give him a listen. I did, and it turns out he is an AMAZING guitar player. I had missed out on some great guitar playing, lyrics, and music.

My point is if we can take a second to get to know each other we might benefit from understanding each other. It may not always be easy, but anything of value rarely is.

Mentioned in this Episode

Uncomfortable Conversations with a Black Man